Against industry norms the company offered a still photography shoot at The Rosslyn Hotel and invited Photographers and Location Managers to tour the property and photograph models at no cost to the attendees. Cap Equity Locations Director of Business Development, Jason Madison said “We’re so excited to meet all the amazing Photographers that attended our event. We believe this is a great way to showcase the property and meet new clients, and nobody else is doing it. The turnout was incredible and we can’t wait for the next one”. The second installment of I Shoot LA will take place in June. Since signing The Rosslyn Hotel on as a film location in 2010, Cap Equity Locations has brought music videos, photo shoots, commercials, and TV shows to the property. In the last 12 months the company has facilitated over 28 productions at The Rosslyn Hotel, including music videos for David Guetta, Hot Chelle Rae, and The Wanted, TV shows including ABC’s Castle, TNT’s Southland, USA’s Common Law, and FOX’s American Idol, commercials and photo shoots for ELLE Magazine, Harper’s Bazaar, Fiat, Marlboro, and Pfizer.

As an exclusive agent, the company brings together production companies and property owners to generate filming revenue for property owners. Cap Equity Location’s team of locations professionals and real estate agents work with industry professionals to keep filming in LA and bring revenue to individuals and organizations like SRO Housing.

The Rosslyn Hotel offers 264-units of Section 8 housing to Skid Row residents. Built in 1923, the 126,500-square-foot Rosslyn Hotel is located at the corner of Fifth and Main streets. Part of the Historic Core, the property features many spaces not found in more modern buildings. Famous for its sign on the rooftop, the hotel is coveted by Photographers and Producers alike who appreciate the Downtown LA
skyline, and East coast look.

The Rosslyn Hotel is one property among hundreds that the company represents. Other notable Downtown LA properties represented by the company include, The Variety Arts Theater, The Security Lofts, The Brockman Lofts, The Met Lofts, The Kyoto Grand, The Harten Building, Tarina Tarantino’s Sparkle Factory, and several other properties owned by SRO Housing, including: SRO Rivers, Gladys
Park, and SRO Wall Street. 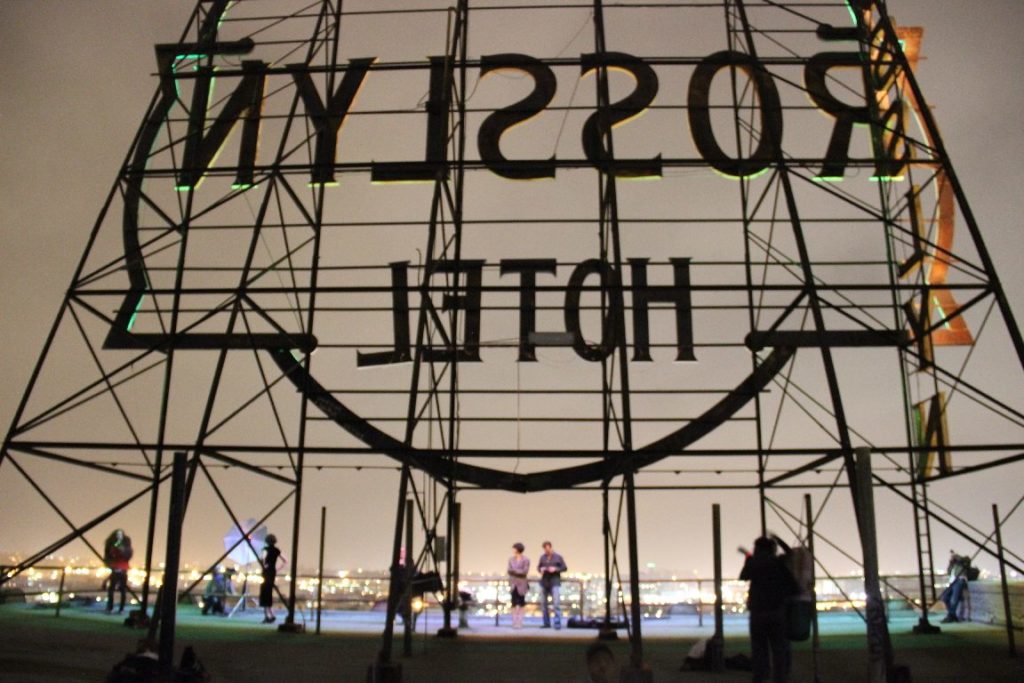